How To Start Maize Farming Business In Nigeria ?

How To Start Maize Farming Business In Nigeria ?

Maize is a valuable commodity that used both domestically and industrially.It’s used for flour milling, brewing, bread baking, confectionery, manufacturing, and animal feeding. It is an important source of carbohydrate, protein, iron, vitamin B, and minerals, and can be consumed in the form of porridge, pap, grits, popcorn, etc. 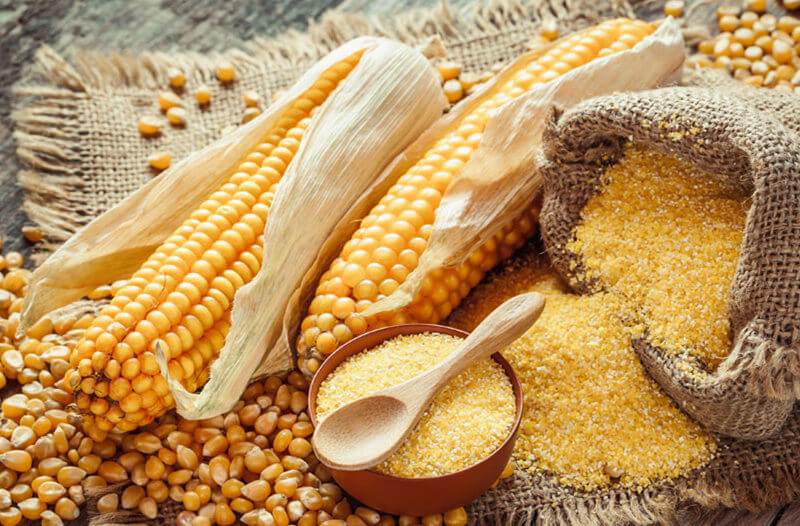 Maize is an important staple food and one of the main cereal crops in West Africa. It is one of the most consumed cereal after sorghum, millet, and rice.Corn is geographically dispersed across Nigeria and suitable for most Nigerians. It is perhaps the most common staple food in developing countries, providing food for 900 million people earning less than US $2 per day.Corn stalk can be made to silage ,which is a very cheap and affordable source of feed for livestock in the state, particularly for cows.

Maize farming is a profitable agribusiness widely cultivated throughout the world. Owning to the increasing Nigerian population, the demand for maize both for domestic and industrial purposes has been on the rise. Hence, there is a need to heavily invest in this business area.

How To Start Maize Farming In Nigeria ?

Maize effected by insect pressure, drought, fertilizer and other factors.In this article Zeno Farm Machinery will provide all the necessary steps on how to plant maize, the best soil for optimum growth, diseases and pest that may likely affect them.

Step 1 Corn seed choice
With the multitude of corn hybrids available today, growers need to look at features offered by each seed package. Study the hybrid’s attributes for natural tolerance to diseases and nematodes, and consider hybrids with biotech traits such as insect tolerance and herbicide tolerance to control tough-to-manage and resistant weeds.The farmer should choice the varieties with the best genetic potential for maximum yield per hectare. it will make maize farms produce above the average. 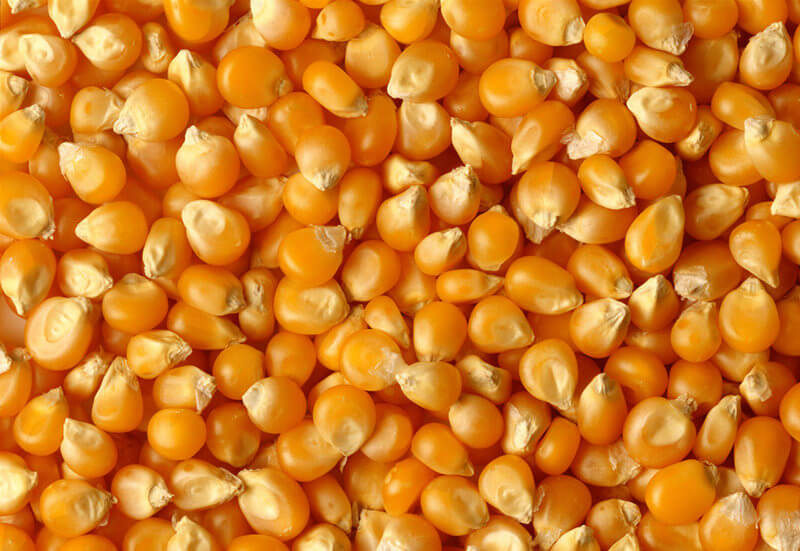 Step 2 Landing preparation
Land preparation can be done mechanically, chemical, or manually. The most important thing is to remove the weeds and remains of the previously grown crops from the land.
The soil should be a well rich sandy-loam with good compost. If the land is not fertile you can add nitrogen fertilizer such as a well treated chicken dung in the preparation of the soil.
Then, keep the soil loose for a good seedbed. Also, plough the land to bring the soil to a fine till by preserving the topsoil when uprooting and clearing trees.
Once the land has been prepared, the maize should be planted immediately. This will allow the maize to germinate ahead of weeds. But, if the land has been used for maize cultivation before, you can incorporate residue of the previous crop into the soil.

Step 3 Maize planting
In the forest ecology of southern Nigeria, professionals recommend that farmers should, in the first season, plant in mid-March through April, after rains have established good soil moisture. In the second season, farmers should plant in late July through mid-August. In the savanna ecology of northern zones, farmers should plant maize in late May to June.
The farmer can soak the corn in water a day before planting. This will help the corn to germinate faster. It is mostly carried out with maize that is very hard. In other to break their dormancy you soak them in water.Plant corn into the soil 2cm-3cm with a spacing of 25cm x 75cm. 25cm between crops and 75cm between rows. Seeds should also be planted at 5cm deep, while starter fertilizer containing nitrogen and phosphorous should be applied at 5cm away from the base of the seed and at 10cm deep in the ground. 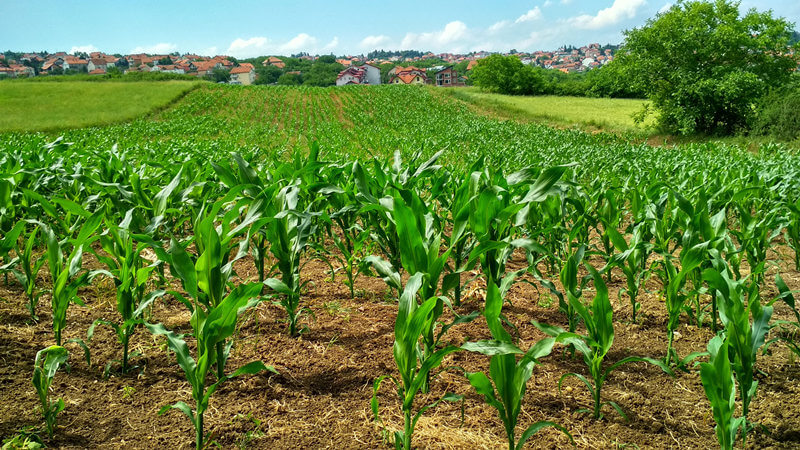 Step 4: Control weed and pest diseases
It is often recommended that farmers should use a pre-emergence herbicide for grass and broadleaf control immediately after planting and post-emergence herbicides at eight weeks after planting if needed for weed control.
Maize farming is susceptible to pests and diseases and this can cause great damage to the plants. If care is not taken, there can be a loss of about 10 to 100% depending on the time of their infection.
Farmers should also use foliar-applied insecticides as needed against insects and fall army warm infestation. They could also use foliar-applied fungicides if needed for disease management.
In order to get a good yield and minimize the effects of pests and diseases, you can weed 3-4 times at regular intervals using a hoe or chemical with specified herbicides. Also, you can use herbicides/pesticides or appropriate chemicals like Nitrogen after two weeks of planting and at other intervals. 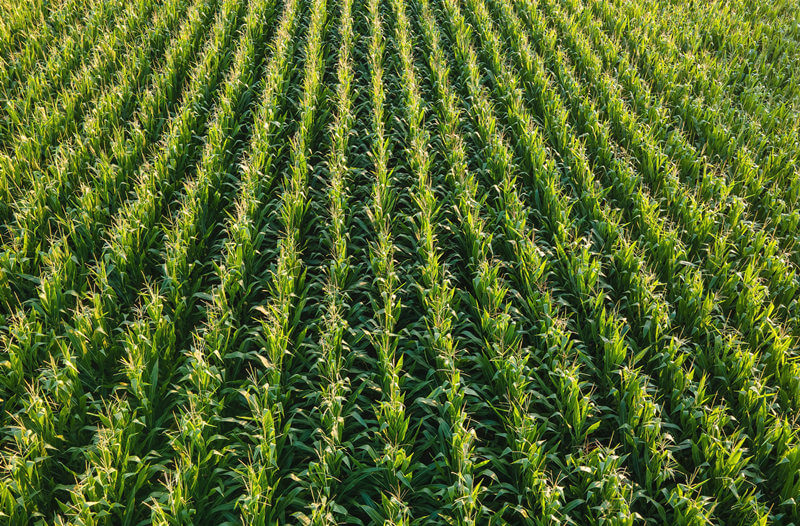 Step 5: Corn harvest
Maize matures fast and so, you can harvest within 2-5 months of planting, depending on the variety and weather. As soon as the ears turn dark green, silk turns brown and kernels are soft and plump, it can be harvested. Harvesting can be manually or mechanically depending on the size of the land. 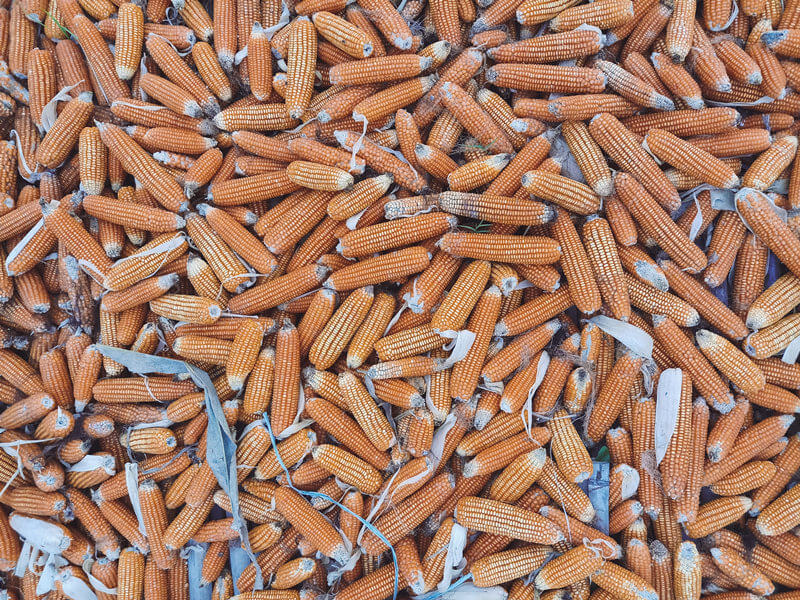 Conclusion
In Nigeria, Maize farming does not require a lot of training and capital. Once a suitable land, irrigation channel, maize seed and storage barn are available, maize production can begin.If properly done, you can make high returns on investment. That is to say it is very lucrative and profitable do maize farming in Nigeria.