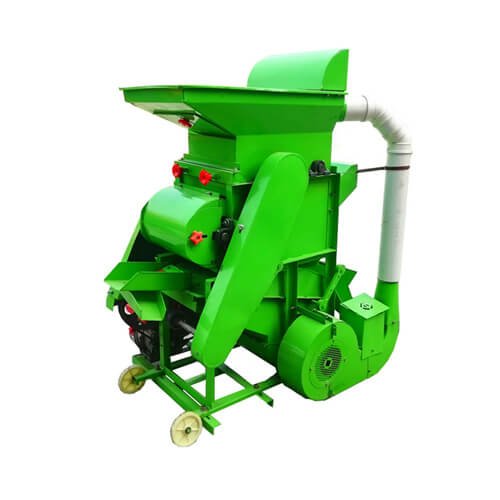 Peanut sheller machine is used to remove the shell of peanuts. The main method is to use the rolling and peeling method.It can be used to processing a variety of peanuts.
Peanut sheller machine consists of rasp bar, stake, intaglio, fan, gravity separator and second bucket, etc. It has the advantages of stable and reliable performance, long life, good shelling effect, high productivity, low half-grain rate, and good quality. Groundnut sheller machine is used to shell peanut; can separate shells and kernels with high-efficiency and almost without damage to the kernel; and the shelling rate can be ≥95%, the breaking rate is≤5%.

It’s widely apply in peanut farms and peanut processing factories including the oil-pressing mill,food processing factory and peanut trader etc.
While peanut kernels are used for food or the raw material for the oil mill, the shell could be used to make wood pellets or charcoal briquettes for fuel. 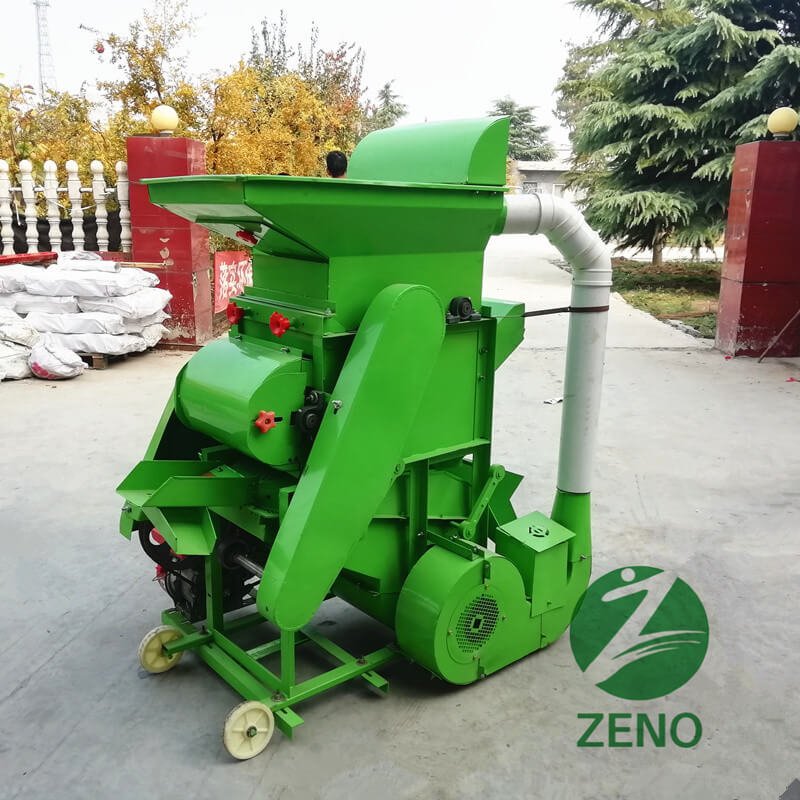 * Peanut sheller machine can realize multiple function of peanut shelling, air delivery and separation, it is widely used for and  home and commercial application.
* High shelling rate, our different model peanut sheller machines’ shelling rate is higher than 98 percent.
* Well-designed air blower can blow out the peanut shell, and help improve the final product clean.
* It is a new designed peanut sheller machine, plastic rubber roller does not exert damage to the peanut itself,it’s better than adopting a steel roller,
* This peanut peeler is of low cost and high efficiency, it’s an ideal choice for users,which is popular in oil processing, peanut butter production and other peanut food processing industry.
* High cleaning rate. There is baffle at the exit of peanut kernels, and it can effectively block the peanut shell to come out, improving the cleaning rate.
* Peanut shelling machine can work with electric motor,gasoline or diesel engine ,which can be matched according to your requirement. 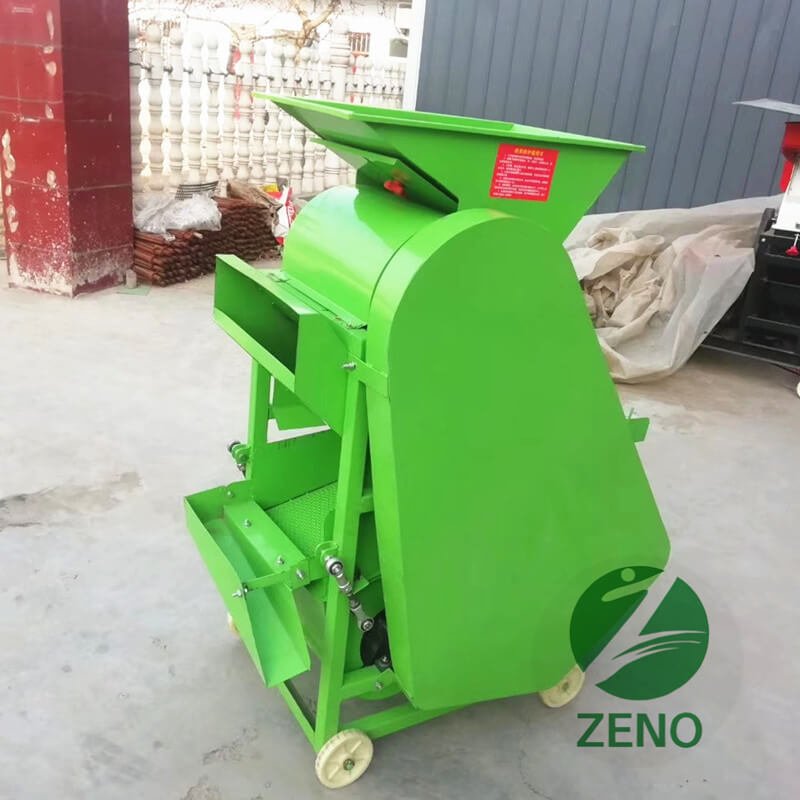 The peanut, also known as the groundnut,is a legume crop grown mainly for its edible seeds. It is widely grown in the tropics and subtropics, being important to both small and large commercial producers. Peanuts have a strong nutritional profile. They are an excellent source of plant-based protein, fiber, and many key vitamins and minerals.

This crop is considered to have great potential for both food and industrial purposes in the tropical regions of Africa. In some parts of Africa,like Nigeria,Uganda,Tanzania,Kenya, it is used as a source of revenue generation to support rural development. 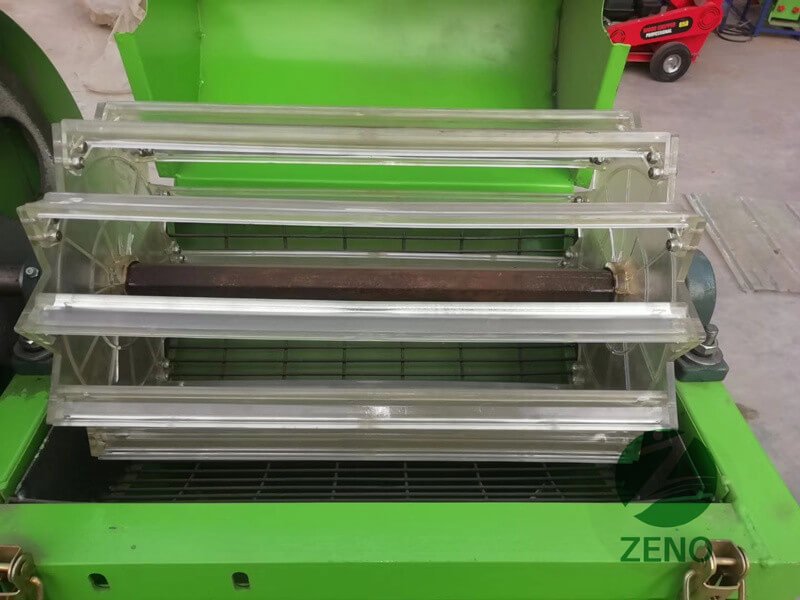 One of the important processes involved in the production of groundnut is shelling and separation. Shelling is the removal of the groundnut seed from its pod by impact action, compression and shearing or combination of two/more of these methods. The shelling operation is majorly divided into two, namely: traditional and mechanical methods. The traditional shelling could be by stick beating, animal trampling or pod pressing by hand. Pod pressing is mostly practiced in Nigeria and it has low efficiency, high energy requirement, time wastage, high labour and fatigue. 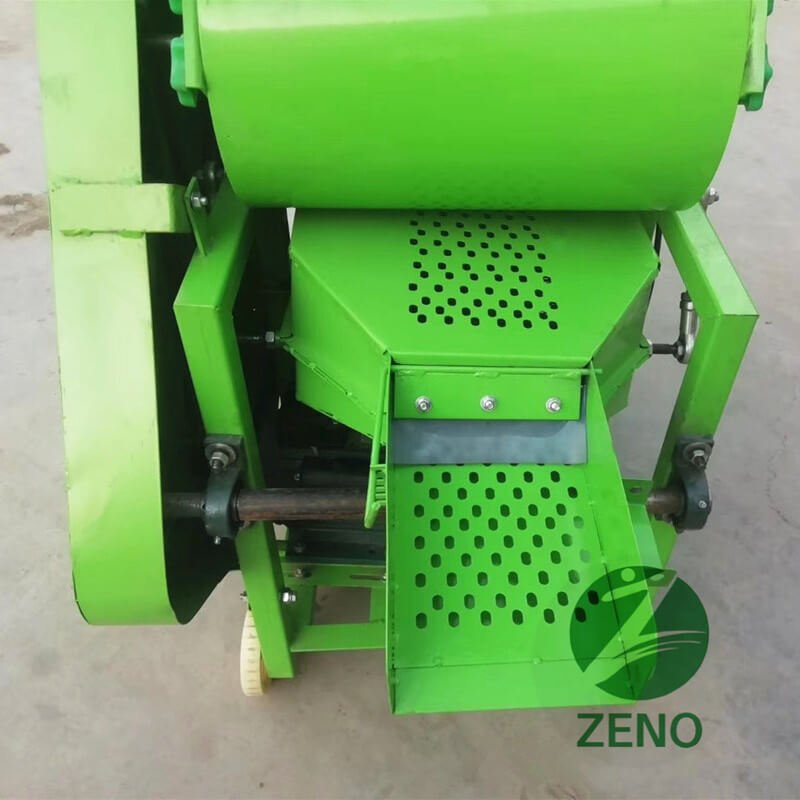 Groundnut sheller machine has greatly improved production and peanut processing efficiency, and has promoted the development of the peanut processing industry. Due to peanut’s physiological characteristics, peanut shelling process cannot be combined with peanut field harvesting process, and shelling can only be carried out when the peanut contains proper moisture content. The peanut shelling process is to remove the shell of the peanut to obtain peanut kernels. The peanuts must not be too dry or too wet. If too dry, the peanut damage rate is high; if too wet, the shelling efficiency will be low.

In the first step of peanut shelling process, peanuts are cleaned — stones, soil, bits of vines and other foreign materials are then removed.The cleaned peanuts move by conveyor to shelling machines where peanuts are de-hulled as they are forced through perforated grates. The peanuts then pass through updraft air columns that separate the kernels from the hulls. Specific gravity machines separate the kernels and the unshelled pods. The kernels are then passed over the various perforated grading screens, where they are sorted by size into market grades.

After groundnut sheller machine starting, the shells of peanuts are shelled by the rolling force between the rotating rasp bar and the fixed intaglio, and then shells and kernels fall through the grid mesh down to the air duct, and the fan blows shells out. The kernels and the unshelled small peanuts fall into the gravity separator. The separated kernels are sent upward to the outlet and the separated unshelled small peanuts are sent downwards to the elevator, and the elevator sends the unshelled peanut to the fine grid mesh to be shelled again until the whole batch of peanuts is all shelled. 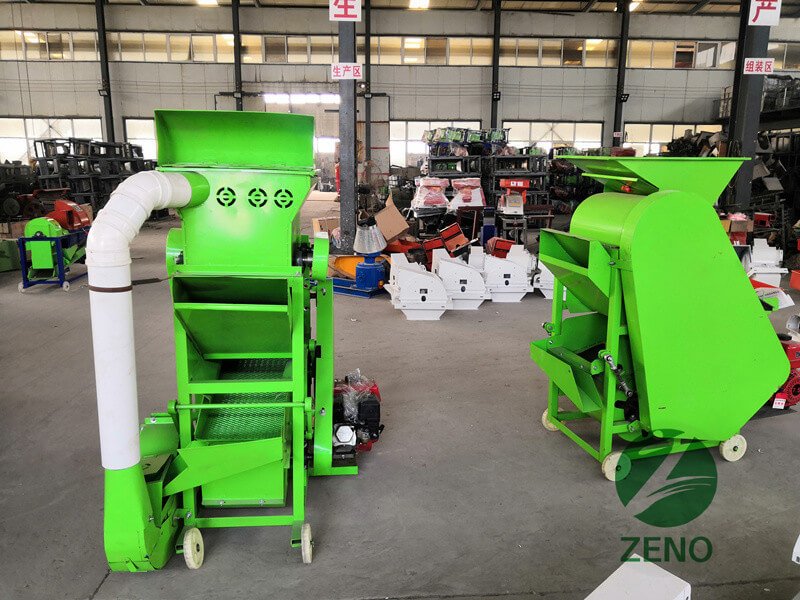